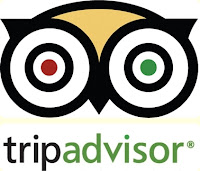 In the Ranking of Spanish Destinations, Benidorm occupies the sixth position as voted by travellers worldwide. This is the fourth edition for TripAdvisor's Travellers Choice Destinations Award. TripAdvisor is the world's top travel website and travellers opinion are of great importance to destination.

This award is in addition to the one recently received by TripAdvisor (2012 Travellers Choice Beach Destinations Awards), in which Benidorm was voted by users as the 2nd Beach Destination in Spain and the 5th in Europe. The difference between one award and the other is that this kind of award compares all destinations within Spain, not just beach destinations but also compares with Spain's most important cities. Visit Benidorm Tourist Board Manager Yolanda Pickett stated "This award is very important to Benidorm as although being sixth in the Ranking, Benidorm is the 1st Summer Beach Destination on the TOP 10 List".
Posted by Ona Sol Hotels at 13:09