Moors and Christians of Benidorm 2011 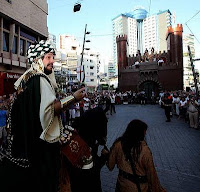 From 28th of September to 2nd of October.

Guide of Acts Moors and Christians of Benidorm 2011
Posted by Ona Sol Hotels at 15:45 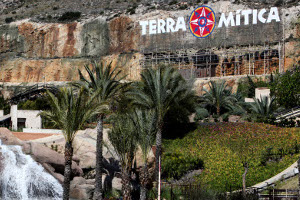 New shows and exciting rides are on offer at Terra Mítica. This leisure park in Benidorm opens its doors on 16th April with a whole host of interesting new attractions.

The expanse of vegetation has tripled and a 4,500 m2 natural roof has been constructed to offer shade and rest, with a fog system which creates a pleasant microclimate.

In addition, there will be more staff on hand and the number of seats available has been increased, so visitors should not have to wait any longer than 10 minutes to go on a ride. There are also three new rides for children, and the existing attractions have been meticulously inspected and overhauled.

The entertainment area has also been completely reformed. There will be four new shows and the programme has been extended; thirty performances a day with one performance every fifteen minutes.

This weekend, on 16th and 17th April, the Hotel Don Pancho in Benidorm will be hosting the Mediterranean Miniatures Fair. Artisans from the different provinces of Spain will be presenting their tiny works of art with a view to turning this exhibition into part of the cultural offer available in this city on the Costa Blanca coastline.

The fair aims to bring the curiosities of the fantastic hobby of making dollhouses to both visitors and locals alike. Every year, it brings together miniaturist artisans, some renowned and others just starting out, who will delight members of the public with their works of art; pieces that are essential to bring dollhouses to life or which offer the inspiration required to create new scenes and projects.

During the fair, you can talk directly to the artisans, ask any questions you might have and understand more about their pieces, how they are made and how to adapt them to your projects. Music lovers are in luck as Benidorm has put great effort into turning February into the indisputable month of music. So, if you happen to be in this wonderful city this week, you will be able to gain free entrance to the events organised by the teachers and students participating in the 23rd International Music Course at the Events Hall in Benidorm Town Hall, between 19th and 25th February.

On Sunday 20th February, teachers Claude Delangle (saxophone) and Víctor Monge Serranito (guitar) will be playing. The following day, you can see Lluís Claret (cello) and Igor Malinovsky (violin) and on Tuesday 22nd, the trombonists Juan Manuel Real and Juan Carlos Matamoros.
The concert to be held on 23rd February will be offered by students on the course, whilst on Thursday 24th the cello and violin final will take place and on Friday 25th the closing concert will be offered by trumpeter Radovan Vlatkovic.

The musical agenda for the month of February is rounded off with the celebration of the 2nd Fira de Música, which will be held on Friday 25th from 10 a.m. to 1 p.m. and 4 p.m. to 8 p.m. at the Espai d'Art at Benidorm Town Hall. The Fira will exhibit musical instruments, scores and other elements related to the art of Lutherie.